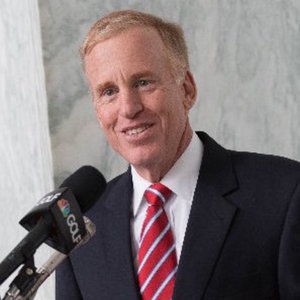 Mona, 60 (born June 9, 1957), has established a strong career record of service to the golf industry. He served as tournament director of the Northern California Golf Association from September 1980 to January 1982. Mona then became assistant manager of press relations for the United States Golf Association from January 1982 to June 1983,at which time he became executive director of the Georgia State Golf Association. In November 1993, he became the chief executive officer of the Golf Course Superintendents Association of America, which he held until March 2008 when he assumed his role as chief executive officer of the World Golf Foundation.

In Mona's CEO position at the World Golf Foundation, his responsibilities include overall management of the Foundation, as well as overseeing the Foundation's industry relationships and ongoing global focus.

Mona's talents and energies have been tapped by numerous groups in and out of the golf industry with appointments and/or elections to:

Mona's exploits have been well recognized. In 2008, Mona was inducted into the Tri-Valley (San Francisco Bay area) Sports Hall of Fame. The International Association of Golf Administrators (IAGA) named him their 2008 Distinguished Service Award recipient. In the Fall 2013 issue of Golf Inc., Mona was selected to the magazine's "Most Powerful People in Golf" list for the thirteenth consecutive year. In 1999, Golf Digest listed Mona as one of the golf industry's "Most Powerful People in Golf." Only one person younger than Mona, Tiger Woods at No. 2, was ranked higher at the time. In 1997, the Kansas City Society of Association Executives named Mona Association Executive of the Year.