"As we started printing prototypes around eight years ago we really believed it would be 10-15 years before we could print a commercially viable iron, driver or hybrid head primarily due to cost. The cost of those prototypes eight years ago was $500-600 a piece, and those were the cheap ones. So we didn't go to our marketing people or developers at that time to claim that we had something here. But true to form like with most technologies, the advancement of that technology far outstripped what we predicted. It's not just applicable to golf. It's also about printing rocket engines, fuel mixers, very complex automobile parts, medical devices or implants. So the desire the desire to print a 3D metal object was super-high and we benefited from that."

We sit down with COBRA PUMA Golf VP of Innovation Mike Yagley to learn the how and why behind the creation of the 3D printed Supersport-35 putter and to also explore other disruptive initiatives such as their "Machine Learning / The Internet of Things" collaboration with Arccos Golf. 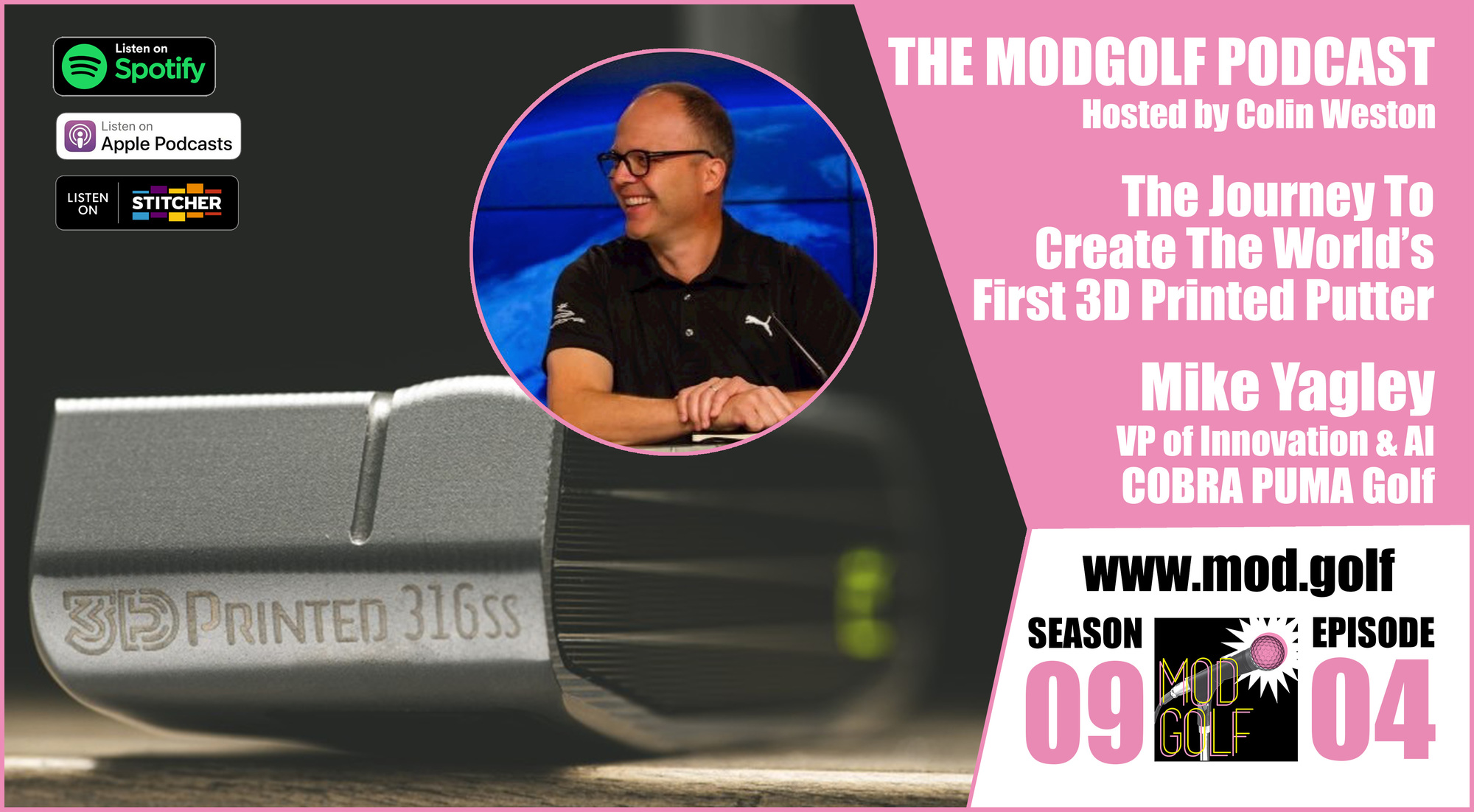 Click on the image below to check out our extended conversation with Mike on our Youtube Channel! Learn more about Mike on his bio page.

COBRA PUMA Golf collaborated with Hewlett Packard and sik GOLF to design and fabricate their Supersport-35 3D printed putter. Want to see how the HP Metal Jet Technology works? Check out this short YouTube video to find out! 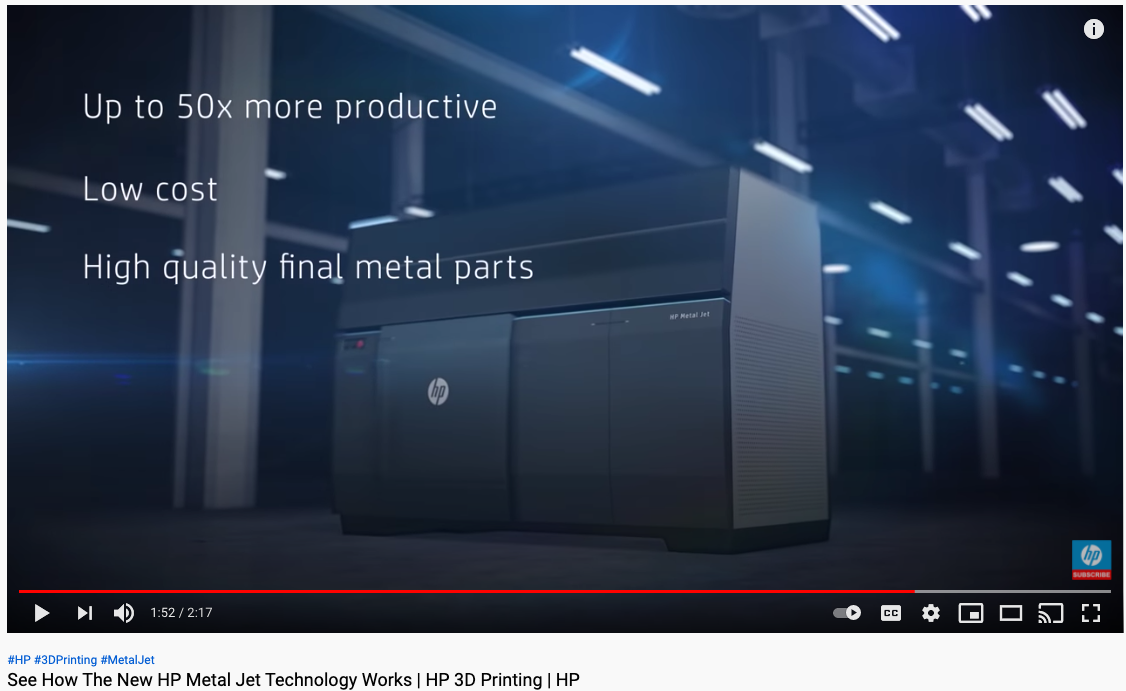 Show Notes and Mike Quotes
"The cost of the machines came down. The cost of the alloys came down, The throughput went up. The quality went up. To the point where four or five years later we believed we could print an iron and this would be a great entry into the putter business. So my innovation team did something that we don't normally do - we commercialized a product. Most of the time we invent, we engineer and we do a little bit of design work. But in this case Ryan Roach and Cameron Day on the innovation team said "ok, if this is going to happen, let's make this happen". And in the conversations with Hewlett Packard around polymer printing we had a great moment with them around metal jet printing. And now you have a solid metal object that you printed. It was just a phenomenal project. And it's a great putter!" 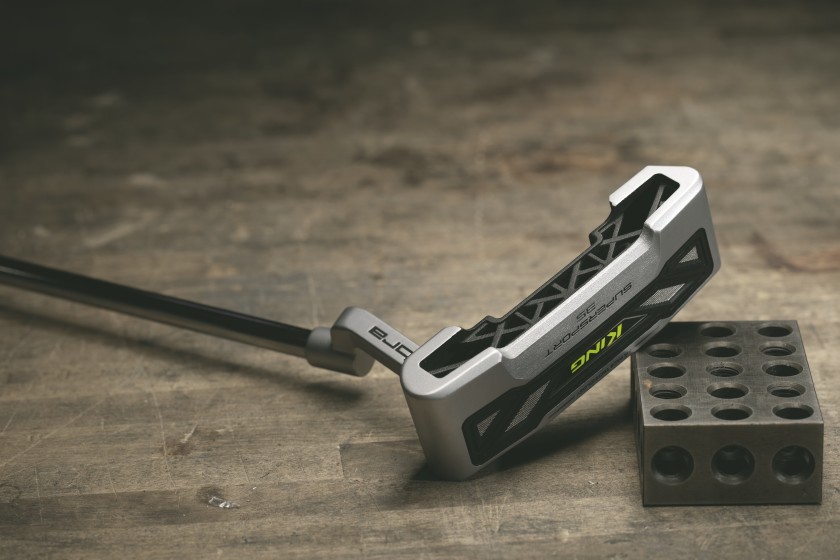 "3D printing has been around for decades and we were using it to 3D print polymer prototype heads. Heads that our designers and engineers could look at. They couldn't hit them but they could look at them and say "do I like the shape, the dimensions, the curves on this". It's nice to be able to look at a 3D CAD file or rendering, but being able to see and touch a physical object is massive in our world. And at some point in that process 3D printing metal prototypes became available. So we started dreaming about how we could make our prototypes out of metal and someday, if the costs came down enough, if the alloys available we correct, we could actually print a commercial head."

"This HP printer we are talking about is rather large. The print bed area is about two feet by two feet. With putter heads or a component of a golf club, you can print at the same time several variants of that object. Which means you can prototype 15 different putters to look at let's say the different internal lattice structures like on the Supersport-35 to investigate whether or not if it has an impact on feel, moment of inertia, the roll characteristics because of the CG location. So you're testing all these variables at the same time, where if you were doing conventional casting, machining or forging it would take you months if not years to produce that number of variants. But you're making them in once print which is a massive advantage."